Opinion is often sharply divided over the use of davits. The advantages are obvious – quick stowage of the tender without having to remove the engine, fuel tanks and so on. On the downside, however, there’s more weight placed at the very aft end of the yacht as well as a risk of the dinghy being vulnerable to big waves. 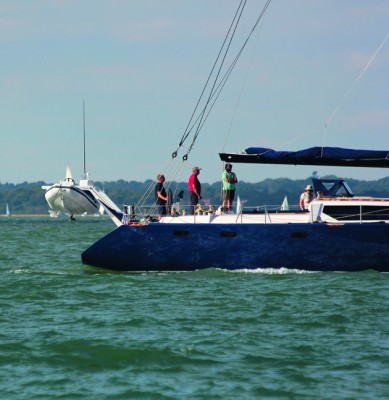 A simpler alternative is to use a halyard to lift the boat vertically onto the foredeck. Normally this is a two-person operation, with one grinding the winch, while the other guides the boat, holding it off the hull.

It’s also possible to combine both approaches – stowing the dinghy on the foredeck for long passages, but using davits for shorter sails in good weather.

If so, it’s worth considering a removable and folding type that can be easily stowed when not in use. Carbon fibre davits look great and can weigh less than half a comparable metal model. However, the total saving may still be as little as 20kg. atlascarbonproducts.com

Marina facilities around the world have improved enormously over the past few decades, but there are still plenty of locations in which a decent dinghy is as much of a vital workhorse as the family car. 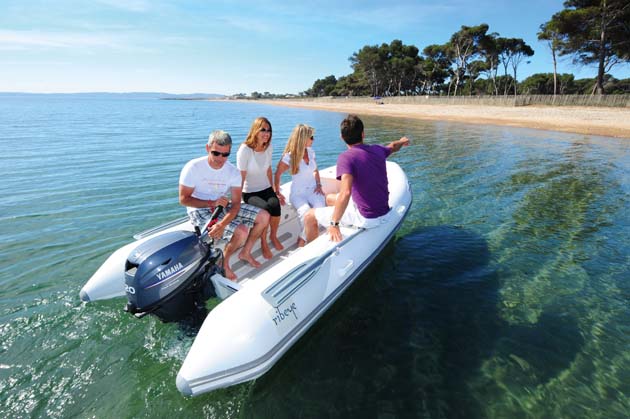 Even if your plan is to use it solely with an outboard, it should be possible to row it efficiently. Flat-bottomed inflatables fall down in this respect – an inflatable keep, or rigid hull structure makes rowing much easier, as does a pair of long (7ft minimum) oars.

There’s much to be said for choosing the lightest feasible tender for easier handling and stowage. As well as facilitating hauling it on board, a lightweight dinghy can be carried to safety well up a beach, without damaging the bottom and can be powered by a smaller engine.

Anything over around 2.8m is likely to suffice as a decent workhorse, provided the tubes are of sufficient diameter – aim for a minimum of 45cm. Air floor types offer a great compromise between good performance on the water, weight and easy stowage, although they can’t match the handling of a proper RIB-style tender.

If you really want a RIB, it’s worth finding one that’s relatively light. Those with an aluminium hull will take much more of a battering than one with a glassfibre bottom, and are likely to be lighter as well. Ribeye’s TS350 model, for instance, weighs just 58kg, but will take five people, and the TL310 also takes five people, but weighs only 43kg. ribeye.co.uk

Another interesting option is the F-Rib series of folding RIBs. These range from 2.75-4.6m, with weights from 36-72kg. Unlike a conventional RIB they can be rolled up and stored in a locker when at sea. http://foldablerib.com

If you have space it’s worth considering taking a second dinghy – in many ways this is akin to having two cars, allowing different groups of crew to come and go to their own schedules.

A second tender will also enable you to continue cruising without undue interruption should the main one be lost or stolen – the more remote the destinations you plan to visit, the more this makes sense.

Even with relatively small engines on a folding or all-inflatable tender, a crane to lift the engine on board is an important investment. It’s all too easy to fall into the water when transferring the motor, even on boats with a good bathing platform.

Similarly, if the engine is removed from a dinghy stowed on davits before a passage there’s less weight at the back of the yacht and the strain on the system is reduced.

Carrying petrol for an outboard can be a pain – it’s therefore worth considering an electric outboard. These are neat and convenient, with better inherent reliability than petrol versions and have reduced servicing requirements. For instance, a Torqeedo Travel 1003 gives thrust equivalent to a 4hp conventional outboard and yet weighs 13.4kg, including an integral battery large enough to power the boat for three hours at half throttle. 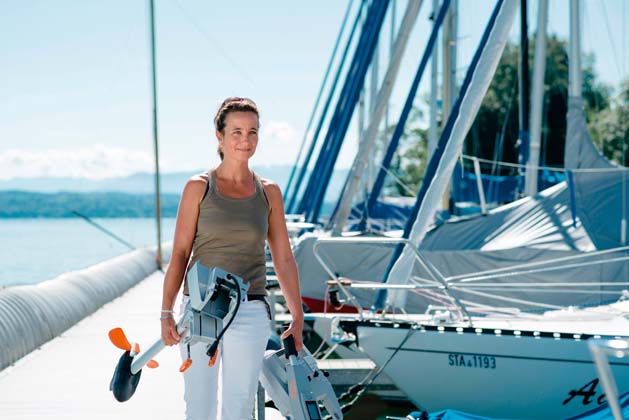 While the up-front cost of £1,449 is more expensive, if your yacht has ample power generation inputs, you can in effect fuel the outboard for no extra cost. torqeedo.com

A propane outboard may also be worth considering, if you have suitable stowage space for the fuel. These can be powered from refillable containers, as you would for cooking gas, or by standard 16.4oz (465g) disposable camping bottles. The latter gives around 80 minutes of running at two-thirds throttle on the 5hp motor.

This model also weighs in at only 21.8kg – around 20 per cent less than many four-stroke petrol motors of this size. On the other hand, at £1,150 the up-front price is around 15 per cent higher than a conventional motor. lehruk.com